The second season of V is now on ABC. I was skeptical at the beginning, and it did not evolve much from there - it actually moved more towards worse. I still like the lonely Firefly cast member Morena Baccarin (Alan Tudyk left the show right away), but the storyline got worse. They brought in Jane Badler, who was the original V leader from the original series. But she is stuck in a cave (on the spaceship, believe it or not), so not much can happen for now. I am about to give up and try the original Mini Series and TV show via Netflix streaming. 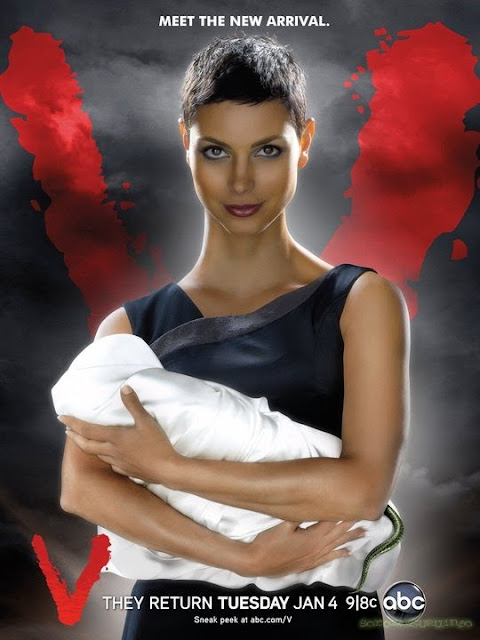