I finished recently watching Torchwood Season 1 using Netflix on the Sony Netbox, while on the stationary bike... odd, I know. Torchwood is a Dr Who spin-off, telling the story of a few Alien-Hunters in Great Britain. The leader - Captain Jack Harkness - is a mysterious figure, the others have all their usual specialty skills, like medical, or computer. I have to admit that I was less impressed by the season one, except towards the end, when things really speed-up. Perhaps I am missing the whole Dr. Who backdrop (confession: I never saw a single Dr. Who episode), or it is just the slow start. Anyway, I'll try the second season... 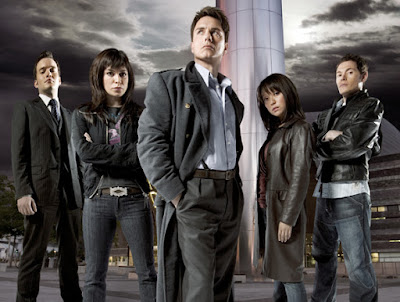