Last year around this time I finished Assassin's Creed II on PS3. Sure enough, the third title - Assassin's Creed: Brotherhood - came out a few weeks ago. I started it late, so I am at the end of the holidays just 10% through.  The graphics feel somewhat improved from the earlier versions, but the mechanics remains much the same. The game features great scenery, epic story and a lot of freedom to do what feels right in this world. The story (so far) pans out in Rome, year 1500 and later. 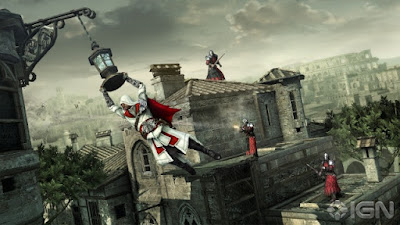