The Big Picture has now images from Guatemala, which had a "rough week", including volcano, storms, flooding, mud avalanches and finally a giant sinkhole. The latter is really odd, one would think it is a photo montage or some other hoax. But apparently, out of nowhere, a house disappeared in a 60 meter deep hole that looks like drilled by an alien device. While the whole story at the Big Picture is a sad and there are certainly victims to mourn about (the article does not say), the sinkhole needs special investigation. 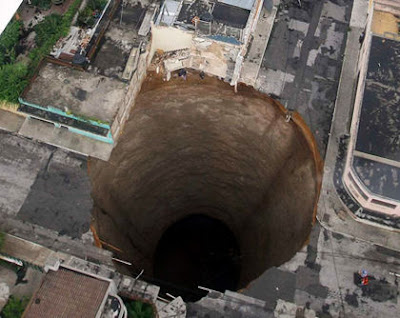