...engines on. The Big Picture celebrates what they call The first of the Last Space Shuttle launches. The title of photo spread this is odd, but the pictures are good as always. They show quite much of the dimension and peripheral effort to get a Shuttle up. There is a lot of transporting, building, testing, preparing going on with machinery much bigger than the Shuttle itself. Anyway, in the meantime, STS-132 is in orbit. Hail Atlantis! 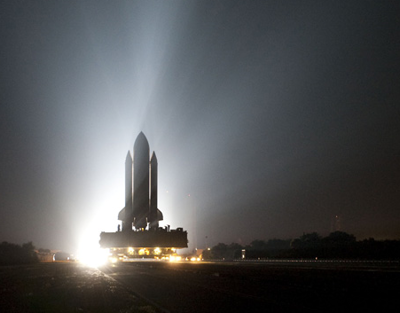