Even without Santa Anna winds, the California Wildfire season has begun some time ago. It is still 100F and more hot in the daytime, no rain or humidity in the air, so it does not need Santa Anna Winds to ignite and push the fire. The governor just declared State of Emergency for the L.A. area and Monterey. Below is a satellite picture from 2007, when I moved to the San Diego area, only to be greeted by evacuation thread. 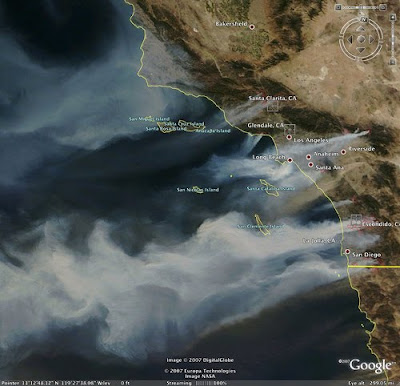