TechCrunch reported that 23andMe received another big round of funding from family members... I did not follow the company much, despite the occasional update in the feeds. It is popular due to the Google involvement. Now I found that TechCrunch staff did give it a try already last year. The amount of information from the gene analysis is quite interesting when reading about someone else ("...higher than normal chance of getting Type 1 diabetes, but a lower than normal of getting Type 2. I have a lower than average chance of getting prostate cancer and Rheumatoid Arthritis. I do not have the genetic material that gives some people resistance to AIDS, although I do have a gene that makes it progress more slowly..."). But would I do it for me? Guess not... 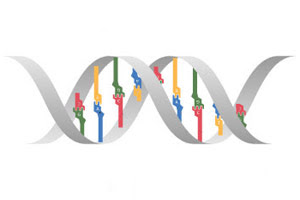