GM, on the brink of Chapter 11, announced that the Pontiac brand will cease to exist in 2010. Too bad, I liked their designs. When coming to the US, I got a used 1997 (?) Pontiac Grand AM because I wanted an American made car. The picture below was actually one of the first shots I took with my then new digital camera in 1999. The car was fine - a little soft on the suspension, but other than that I was a happy customer. 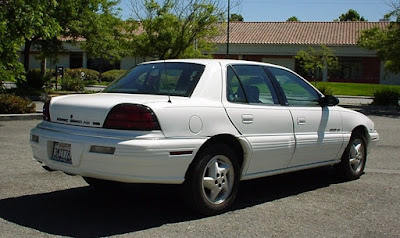