The Obama's moved on a campaign promise and got a dog for the kids. As widely before speculated, it is a Portuguese Water Dog called Bo - the news was leaked by TMZ, and yes, the Whitehouse just confirmed. Stop the presses. Elsewhere, the breed is described as "They're very energetic. They play, play, play. Then they sleep". My thoughts go out to the garden. 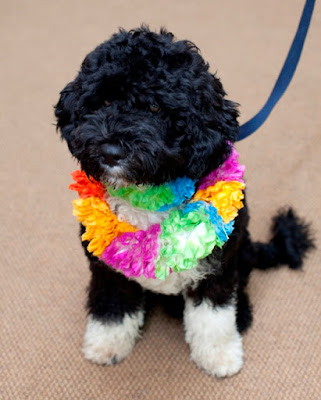